Our objective was to quantify the burden of cortical arousals throughout sleep and determine its association with long-term cardiovascular (CV) and overall mortality.

We quantified arousal burden (AB) as the cumulative duration of all arousal events relative to total sleep time in three large cohort studies. AB was assessed in multivariable Cox proportional hazard models adjusted for common confounders to determine its association with mortality.

Cortical arousals are a normal feature of sleep; they occur spontaneously or in response to sleep-disordered breathing, periodic limb movements, trauma, pain, temperature, light and traffic noise. Irrespective of the cause, they briefly increase heart rate and blood pressure. When frequent, they may also disrupt the circadian rhythm of the cardiovascular system, which is associated with unfavourable metabolic profiles, such as higher blood pressure, dysregulated blood lipids, and insulin resistance.

The objective of our study was to determine the nocturnal arousal burden and its association with long-term CV and all-cause mortality in men and women in the broader population.

The Outcomes of Sleep Disorders in Older Men (MrOS Sleep) study recruited 3135 participants who completed the clinical visit and in-home overnight PSG. Of these recordings, 2892 PSG were adequate for our analysis.

The Study of Fractures (SOF) included 461 older women who completed overnight in-home PSG. Of these women, 453 had adequate PSG.

The Sleep Heart Health Study (SHHS) recruited 6841 participants from ongoing cohort studies of CV or respiratory disease who completed in-home overnight PSG. Of these, 5791 recordings were available for analysis.

where N is the number of arousals, and d is the duration of arousal i, expressed in minutes. In contrast to the arousal index, AB also incorporates the strength of arousal, i.e. longer arousals lead to higher AB than brief arousals.

After adjusting for factors that could affect the results, such as total sleep duration, age, medical history, body mass index (BMI) and smoking habits, we found that women who had an arousal burden that accounted for more than 6.5% of their night’s sleep had a greater risk of dying from cardiovascular disease than women with a lower arousal burden: double the risk in SOF and 1.6 times the risk in SHHS. Their risk of dying from all causes was also increased by 1.6 times in SOF and 1.2 times in SHHS.

Taking the women from both studies together, those with an arousal burden of more than 6.5% had a 12.8% risk of dying from cardiovascular disease, nearly double that of women of a similar age in the general population who had a risk of 6.7%. The risk of dying from any cause was 21% among women in the general population, which increased to 31.5% among women in the two studies with an arousal burden of more than 6.5%

Men with an arousal burden accounting for more than 8.5% of their night’s sleep had 1.3 times greater risk of dying from cardiovascular disease (MrOS) or any cause (SHHS), compared to men with lower arousal burdens, but findings for increased risk of death from any cause in MrOS or cardiovascular disease in SHHS were not statistically significant.

When we looked at all the men in both studies, those with an arousal burden of more than 8.5% had a risk of 13.4% and 33.7% of dying from cardiovascular disease or any cause, respectively, compared to the risk in the general population of men of similar ages of 9.6% and 28%, respectively. 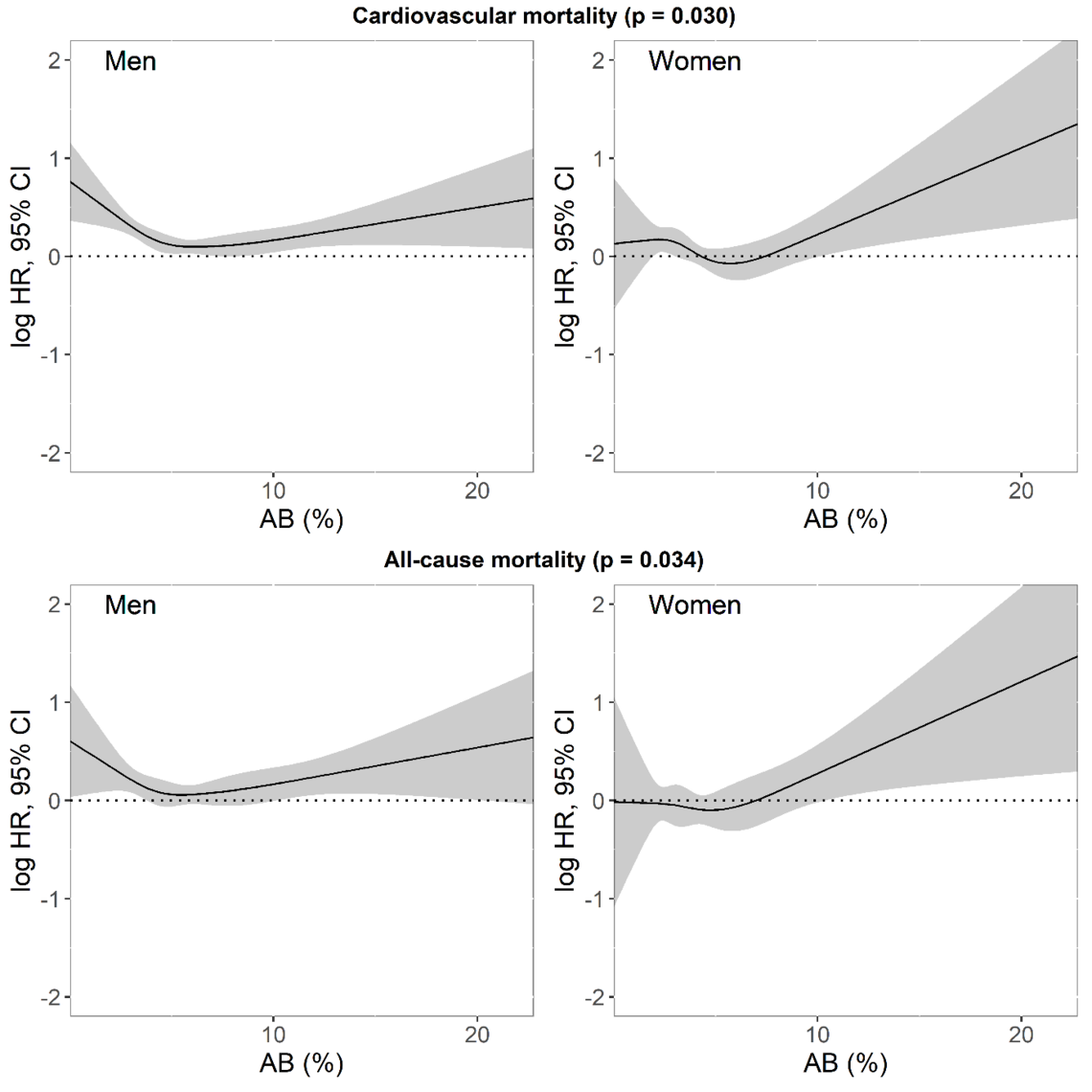 Nocturnal cortical arousal burden is associated with long-term CV and all-cause mortality in women and to a lesser extent in men. It is unclear why there is a difference between men and women in the associations. The triggers causing an arousal or the body’s response to arousal may differ in women compared to men.